In Memory of Dr. Andy Pasminski

A healer who still inspires us.

Dr. Andrew Pasminski was a naprapath and chiropractor who served patients from the Chicagoland area for more than 30 years. Dr. Pasminski was a true healer who touched the lives of many. Sadly, he passed away on January 18, 2015 from complications secondary to multiple myeloma. 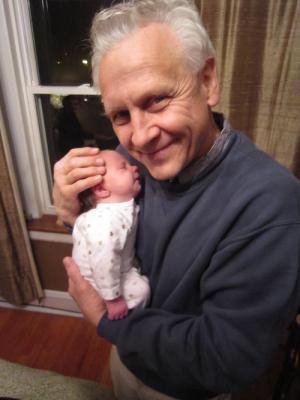 Why we remember him.

Dr. Black and Dr. Frantcheckova have had the good fortune of knowing and learning from Dr. Pasminski. Dr. Pasminski had a great influence on Dr. Black’s life path and, more recently, on Dr. Frantchechkova’s. Dr. Black first met him in the late 80’s when he would come to her house to do cranial work on her father after a head trauma. She also became a patient and saw him off and on for minor ailments. Years later, as she was taking pre-med courses she had debilitating back pain and was not helped by conventional care and ended up in Dr. Pasminski’s office on Belmont. During her years in chiropractic school and later naturopathic school, she shadowed Dr. Andy and he advised her on courses to take outside of school. In 2014, Dr. Black and Dr. Frantchechkova approached Dr. Andy about renting space in his office as they were outgrowing their current office. As they were preparing their new space, Dr. Pasmisnki asked them to see his patients for a temporary period to give his body a chance to heal from his own back pain. They were able to consult with him on the patients who were coming in and he was able to teach them some of his techniques. Dr. Black and Dr. Frantchechkova feel very privileged to have known Dr. Pasminski and to have met so many patients whose lives were also bettered for having known and been treated by him. While they acknowledge that Dr. Pasminski was one of a kind, they hope to carry on the kindness and empathy he showed to patients and keep the memory and legacy of Dr. Pasminski alive.